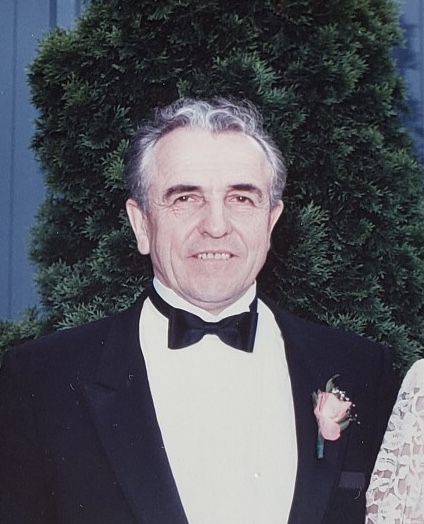 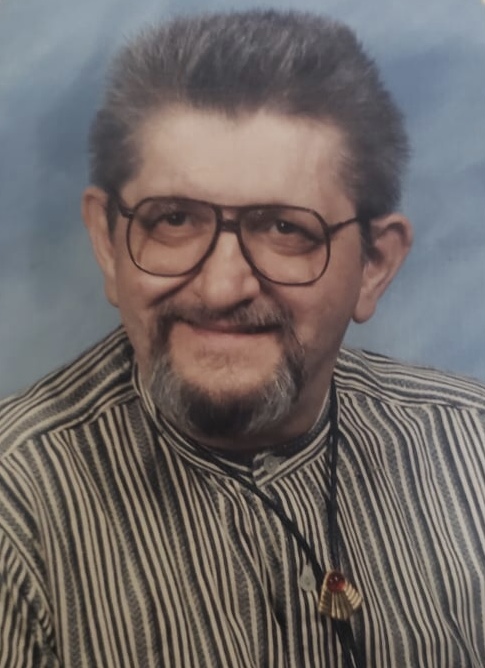 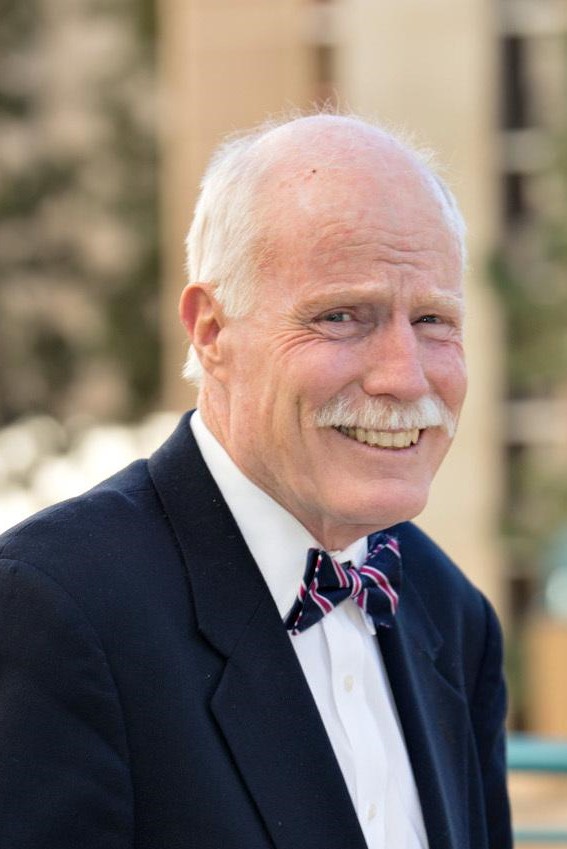 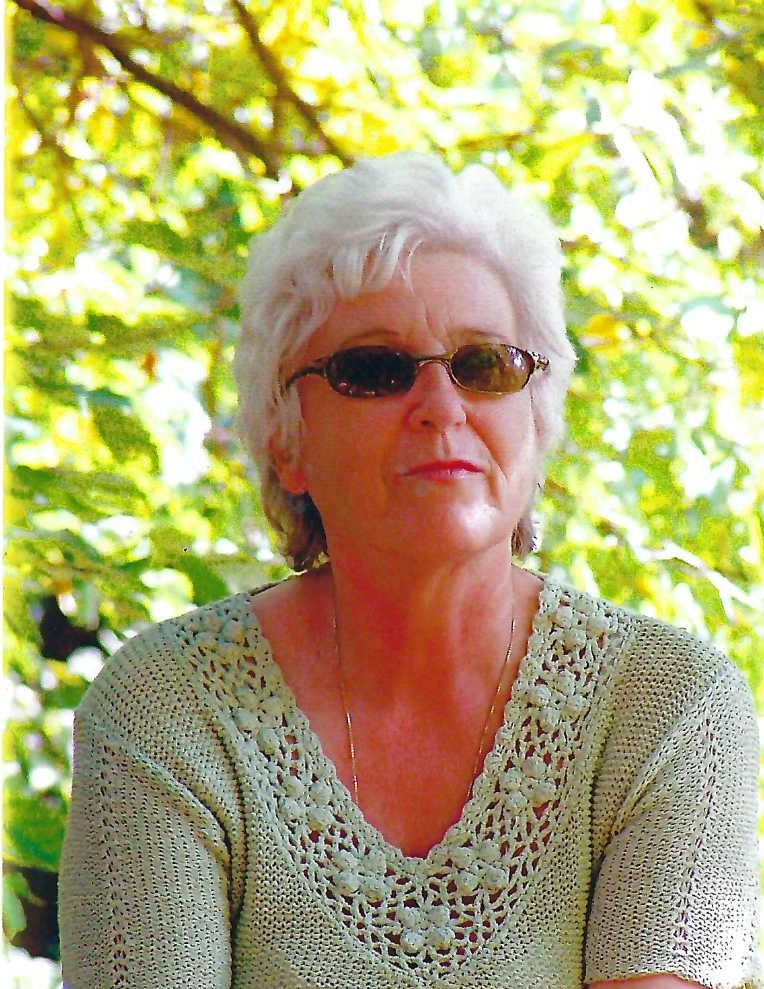 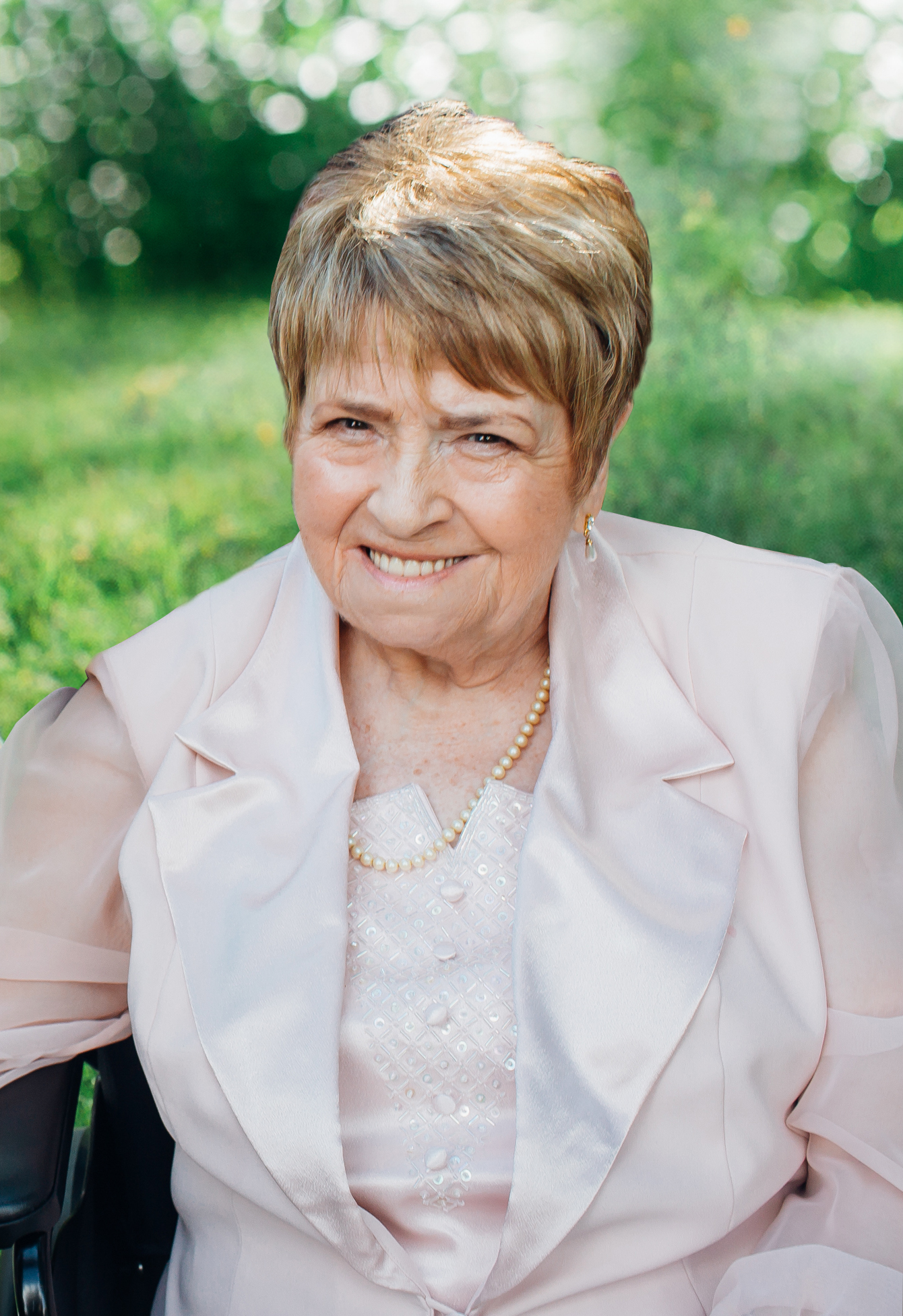 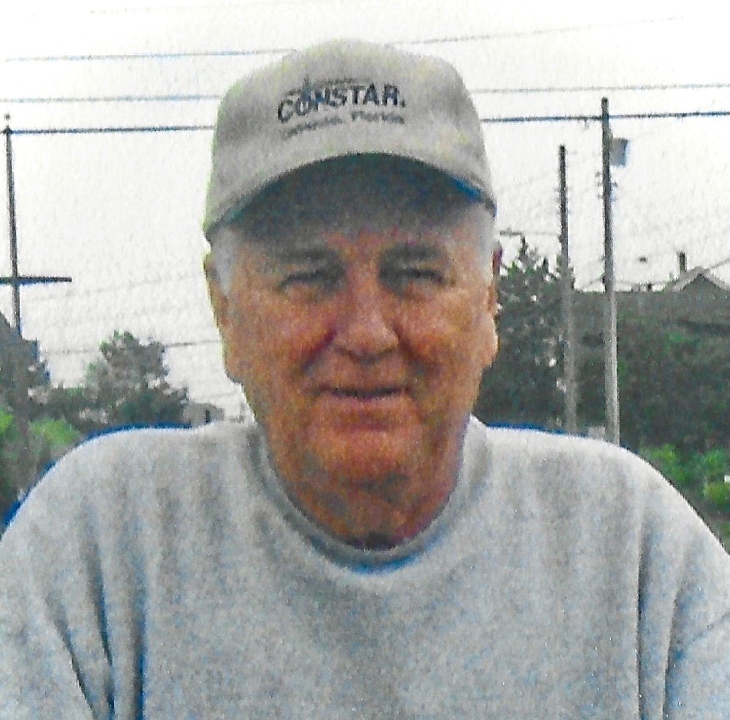 Vasyl Reshetylo, 87, of Allentown, passed away November 20, 2021. He was the loving husband of Yevgeniya (Bohaychuk) Reshetylo. Born in Uhniv, Ukraine, he was the son of the late Michael and Tonia Reshetylo. He was a member of St. Josaphat’s Ukrainian Catholic Church. He was retired from Victalic.
Survivors: daughters- Irene and husband Michael Sabo, Nadia and husband Robert Spengler; grandchildren- Audrey & Michael, Kristen & Robert Jr.; Sarah Fogarty & Adriana; great grandchildren- Elijah and Alina. He was predeceased by his daughter- Helen Reshetylo and son- Stephan Reshetylo.
Services: Viewing on Saturday, November 27th 9:15-10AM at St. Josaphat Ukrainian Catholic Church 1826 Kenmore Ave Bethlehem, immediately followed with a Funeral Service. Burial in St. Marks Cemetery in Allentown. Arrangements are entrusted to Kohut Funeral Home, Inc.
In lieu of flowers, contributions can be made in Vasyl’s memory to the church.

Johanna A. Fabik “Jenny”, 92, of Whitehall, passed away Friday, November 12, 2021, at St. Luke’s University Hospital, Fountain Hill. She was the loving wife of the late Michael M. Fabik. Born in Cementon, she was the daughter of the late Matthias and Mary (Pisarcik) Kovalcik. Jenny worked at Western Electric, Central Service, Penn State Mills, Fuller Sportswear and F.W. Woolworth Whitehall Mall, where she trained many new cashiers and was manager of the menswear department, prior to her retirement. She was a member of St. John the Baptist Slovak Catholic Church, Allentown, where she helped her husband run the senior citizens club’s bus trips, as well as assisted with the Lehigh Valley Slovak Association’s events. Jenny enjoyed crafts, gardening, bridge club and, most of all, visits with family and friends.
Survivors: daughter, Michele C. and her husband David M. Carroll of Northampton, sister, Hermina and her husband William Braerman of Parkville, MD, brother, Joseph Kovalchik and his wife Shirley of Northampton, brother-in-law Edward Thomas of Allentown, sister-in-law Anna Mae and her husband Donald Sucansky of Stuart, FL and many nieces and nephews. Johanna was predeceased by her brothers, Charles, Edward, Matthew, Paul Kovalchik, Cyril, Benjamin Kovalcik and sisters, Caroline Fella, Mary Kovalcik and Bernadine Kradjel.
Services: A viewing will be held Thursday, November 18th 6-8PM and Friday, November 19th 9-10AM in Kohut Funeral Home, Inc. 950 N. Front St. Allentown, PA 18102. Mass of Christian Burial will be celebrated on Friday at 10:30AM in St. John the Baptist Slovak Catholic Church 924 N. Front St. Allentown, PA 18102. Burial will follow in the Assumption of the Blessed Virgin Mary Cemetery, Northampton.
Contributions: Can be made in Johanna’s name to the St. John the Baptist Slovak Catholic Church Memorial Fund.

Robert B. Geletkanych, 80, of Quakertown, passed away from COVID-19 on November 5, 2021. He was the loving husband of the late Marie (Friend) Geletkanych. Born in Lvov, Ukraine, Bohdan, his birth name, he was the son of the late Wasyl Geletkanych and Olga (Boyko) Starejki. He immigrated to the U.S. in 1950 with his mother and sister and his name is engraved at Ellis Island. He served in the U.S. Army in the 101st Airborne Division. He became a U.S. citizen in 1976. Robert, known by many as "Bobby" and his wife owned and operated Cossie Snyder’s Corner for 33 years, where he was the masterful chef. He was a very generous person, willing to give the shirt off his back, prepare a hot meat, or offer shelter, to help anyone in need. In the late 80's he provided shelter and work to refugees from the Chernobyl nuclear accident in Ukraine. He had a deep love for animals, enjoyed doing puzzles, reading, playing pool and chess. He will be deeply missed.
Survivors: daughter- Robyn Colajezzi and husband Steven with whom he resided for the last 15 years; daughters through marriage- Kathleen Reither, Constance Purcell, Nancy Geletkanych (all Emerich); son- Todd Russell; 8 grandchildren; 5 great grandchildren; sister- Irene Heilman and many nieces and nephews. He was predeceased by his sister- Mary Hess.
A viewing will be held on Friday, November 12th 10-11AM with a Service to follow at 11AM in Kohut Funeral Home, Inc. 950 N. Front St. Allentown, PA 18102. Burial to follow in St. John the Baptist Ukrainian Catholic Cemetery in Northampton.
In lieu of flowers, contributions can be made in Robert’s memory to Jerry’s 3 LEGacy Foundation, 1006 Bartram Lane Quakertown, PA 18951.

Wolodymyr I. Silin, 79, of Harleysville, passed away November 2, 2021. He was the husband of 52 years to Marie (Chudolij) Silin. Born in Ukraine, he was the son of the late Ivan and Sofia Silin. He served in the U.S. Army during the Vietnam War. Wolodymyr graduated from Milwaukee School of Engineering and then worked for many years as an electrical engineer in research and development. After his retirement he worked as a manager for Walmart. He was of the Ukrainian Orthodox faith.
Survivors: wife- Marie Silin, sons- Jakiw and Michael Silin, granddaughter- Lillie Marie Silin.
A Calling time will be held on Thursday, November 11th 11AM-12PM with. Service at 12:00PM Kohut Funeral Home Inc 950 N. Front St Allentown, PA 18102.

Joseph J. Genay, 73, of Allentown, passed away peacefully with his family at his side November 1, 2021 after a brief illness. He was the husband of Donna (DalMaso) Genay. Born in Easton, he was the son of the late Joseph A. and Edith P. (Lorraway) Genay. Joseph was a real estate professional in the Lehigh Valley for many years. A lover of nature, Joe enjoyed being active outdoors. Passionate about skiing, running, swimming and hiking, he was a ski instructor at Blue Mountain for decades, putting smiles on the faces of the many children he taught to ski. He will be deeply missed.

The family would like to thank the medical care team of the Lehigh Valley Hospital-Cedar Crest CICU for their care and compassion. In lieu of flowers, contributions in memory of Joseph may be made to a charity of one’s choice.

A calling time will be held on Tuesday, November 9th 9-10AM with a Mass of Christian Burial to follow at 10AM in St. Elizabeth Catholic Church 433 Pershing Blvd Whitehall, PA 18052. Interment to follow in Green Meadows Cemetery in Bethlehem. Arrangements are entrusted to Kohut Funeral Home, Inc. A celebration of life will be held at a later date.

Teresa Cyncelak, 81, of Allentown, passed away Monday, October 25, 2021. Born in Poland, she was the daughter of the late Feliksa Szyprzak and Marek Cyncelak. Teresa was of the Catholic faith and had done clerical work in Poland for many years. She enjoyed reading books, watching movies and crocheting. She will be deeply missed.
Survivors: daughter- Barbara Juchniewicz; sisters- Stefania, Majerz, Krystyna, Brzuczczyk and her children; niece- Nina and her husband and son; niece- Viola and her husband and children; nephew- Maciej and his family; family friend- Malesa; and family in Allentown.
A calling time will be held on Saturday, October 30th 9-10AM with a Mass of Christian Burial at 10AM in Incarnation of Our Lord Catholic Church 617 Pierce St. Bethlehem, PA 18015. Burial will be in Poland at a later date. Arrangements entrusted to Kohut Funeral Home, Inc.
In lieu of flowers contributions can be made to Incarnation of Our Lord Catholic Church.

Patricia “Pat” Aschettino, of Whitehall, Pennsylvania, passed away while surrounded by her loved ones, returning to the care of our lord on October 22, 2021.

Pat was born in Brooklyn, New York on June 17, 1939, to her parents Robert and Helen O’Neil.
As a teenager, she met the love of her life, Peter Aschettino. This partnership resulted in a love filled marriage of 64 years. Together, Pete and Pat went on countless adventures, traveling around the country, moving from place to place. As a team, they pursued multiple business ventures, but their greatest achievement was raising their three beautiful children.

Pat was known for her passion and talent for cooking. She showed her affection through the countless meals she prepared for both friends and family. While her recipes were always shared to those who asked, it was clear that they never quite tasted the same. Pat’s secret ingredient in every meal prepared was the love she included.

Pat was survived by her children, Michael Aschettino, Lorraine de la Fuente, and Tina Aschettino. Her grandchildren Carmella, Justine, Jillian, Angelina, and Enjoli and her great-grandchildren Avery, Summer, and Willow.

Pat was predeceased by her parents, and her siblings Joan, Doris, and Barbara. She is survived by her brothers Robert and Thomas, and her sisters Gerri and Kathleen.
In the spirit of Pat’s giving nature the family is asking in lieu of flowers, to please consider donating in Patricia’s name to one of the following organizations: for Breast Cancer Research, to the Association for the Blind & Visually Impaired or to St. Jude’s Children Hospital. Each of these organizations are near and dear to Pat.
Services will be held at Kohut Funeral Home Inc. 950 N. Front St. Allentown, PA 18102 on Thursday, October 28th from 6-8pm. A second viewing will be held at Saint John the Baptist Church 924 N. Front St. Allentown, PA 18102 at 9am on Friday, October 29th. Mass of Christian Burial to be celebrated at 10AM and burial to follow in Cedar Hill Memorial Park.

Robert C. Kunkle, age 83, of Whitehall, passed away in Lehigh Valley Hospice on Saturday, Oct. 2nd. He was the husband of Nancy (Montz) Kunkle for 65 years. Born in Allentown, he was the son of the late Willard and Beatrice (Moyer) Kunkle. Bob was a graduate of William Allen High School and went to work for Bethlehem Steel Corp as an administrative assistant in the general manager’s office. He retired after 30 years and held various part time jobs after retirement. He was an avid golfer and was golf chairman at the Bethlehem Steel Club for several years. A beloved husband, father, grandfather, and a true gentleman, he had a kind word for everyone.
In addition to his wife, he is survived by son- Rick and wife Michelle; daughters- Karen Daley and husband Dan, Diane and companion Sheila, Pamela Williams and husband John; grandchildren- Stephanie, Matthew, Justin and Lauren; great grandchildren- James and Julianna; brothers- Russell and wife Marge, Edward and wife Barbara. He was predeceased by his sister- Cindy.
Kohut Funeral Home, Inc. is in charge of his care. There will be a celebration of Bob’s life at the convenience of the family.