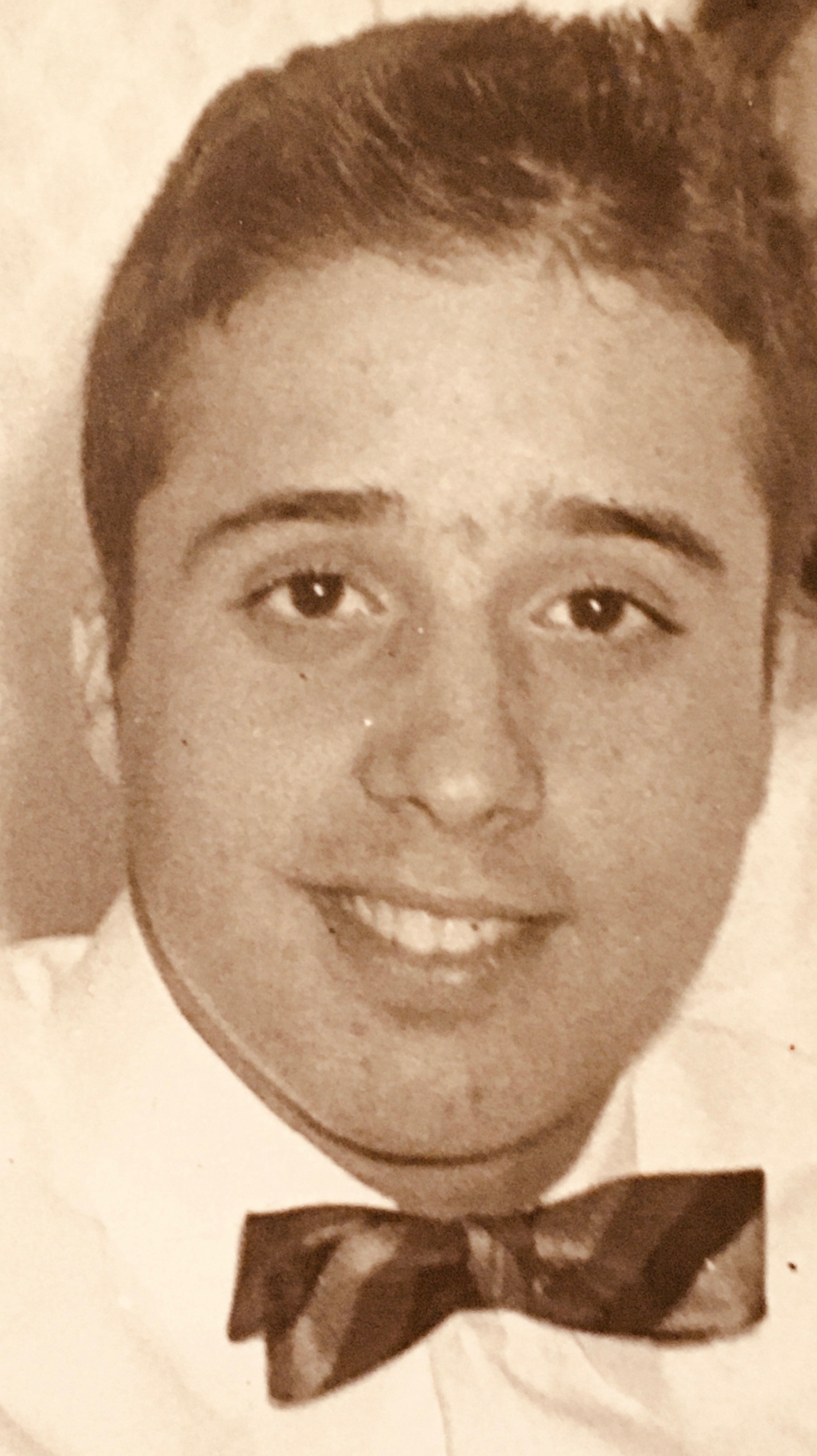 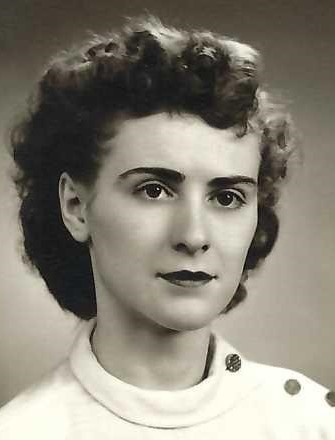 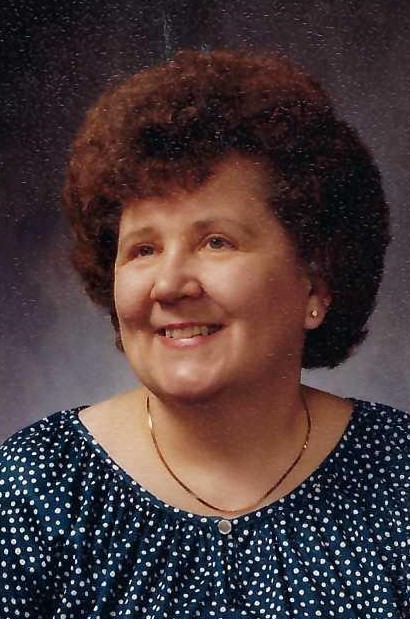 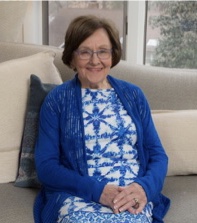 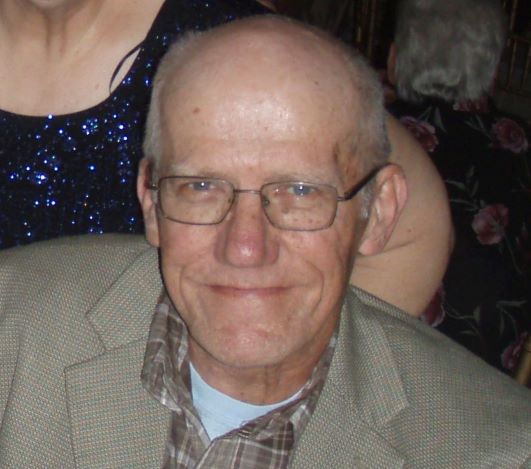 George B. Fraind, 76, passed away on April 11, 2020 at Genesis – The Lehigh Center, Macungie, PA.
He was the son of the late George and Bernadine Zambelli Fraind.
George was a 1963 graduate of Allentown Central Catholic High School and belonged to St. John the Baptist Slovak Catholic Church, Allentown, PA.

George was a kind and compassionate person who cared deeply about the well-being of his Family and others. George was loved by many and will be deeply missed.
The Family would like to express their deepest gratitude to all those who were very generous and kind to George throughout his lifetime, including staff members of medical facilities and outpatient services.

A memorial Mass will be scheduled at a later date. Contributions to the church.

Lucy M. (Miller) Golden, 91, of Whitehall, passed away April 6, 2020. She was the loving wife of the late Louis Golden, Jr. Born in Freeland, she was the daughter of the late Susan Miller and Stephen Perbula (step father). She graduated from Hazelton High School and retired from Western Electric/ AT&T after 30 years of service. Lucy was a member of St. Elizabeth of Hungary Catholic Church and the Telephone Pioneers Club. She enjoyed bowling, crocheting and gardening.

Survivors: sons- Don Golden of Whitehall, Jim and wife Monika Golden Flores of Jupiter, FL; many nieces and nephews. She was predeceased by her siblings- Joseph, Eleanor, Dorothy, Emily and Betty.

A Private viewing will be held Tuesday, April 14th in the morning with a Service to follow in the vestibule of St. Elizabeth of Hungary Catholic Church 618 Fullerton Ave Whitehall, PA 18052. Burial to follow in Resurrection Cemetery, Allentown. Arrangements are entrusted to Kohut Funeral Home, Inc.
Contributions can be made in Lucy’s memory to St. Elizabeth of Hungary Catholic Church.

Annie Helen Rabyk, 93, of Allentown, passed away March 27, 2020. She was born August 7, 1926 in Hellertown, PA to the late Michael and Justine (Dobron) Fedorko. She was the widow of Michael Rabyk, who passed away on December 22, 1976 and then a companion to Vincent Osek who passed away on October 7, 2013. Annie was a member of St. Mary’s Ukrainian Orthodox Church and a member of the St. Mary’s Seniors. She retired from Western Electric after 38 years of service as a layout operator.

Survivors: Nephews- Joseph (Agnes) & Anthony (Donna) Burda; cousin- George (Karen) Husack and many other cousins in the Lehigh Valley and in Slovakia, Ukraine and Poland.

Services will be Private for the Family. A Memorial Service for the Public will be announced at a later date after the COVID-19 Quarantine is over. Arrangements are entrusted to Kohut Funeral Home, Inc.

In lieu of flowers, contributions can be made in Annie’s memory to St. Mary’s Ukrainian Orthodox Church 1031 Fullerton Ave Allentown, PA 18102 or any Animal Shelter of your choice.

Mary (Bigatel) Zatko, 91, of Allentown, passed away Friday. She was the loving wife of the late Joseph F. Zatko. Born in Allentown, she was the daughter of the late Anselmo and Juiseppina (Fulan) Bigatel. Mary retired as a proofreader for the Morning Call newspaper. She was a member of St. John the Baptist Slovak Catholic Church.
Survivors: sons- Joseph Zatko of Whitehall, James Zatko of Kentucky, Thomas Zatko and wife Lisa of Washington state; grandchildren- Kimberlee, Jennifer, Maria and Paula; great grandchildren- Jacob and Kyle; loving sister Tish Mill of Florida. Mary was predeceased by a brother Angelo and a sister Sarah.
Due to the virus restrictions, Services will be Private for the family with no calling hours. A Memorial Mass will be announced at a later date for friends and family. Arrangements are entrusted to Kohut Funeral Home, Inc.
In lieu of flowers, donations can be made in Mary’s memory to "Dream Catchers" c/o Cedarbrook Nursing Home Fountain Hill, 724 Delaware Ave., Bethlehem, PA 18015.
The family would also like to extend it's sincere gratitude to the kind and caring staff at Cedarbrook. A special thank you to nurse Lois.

Surrounded by love, Stephanie Sikorski, 94, fell asleep in our Lord on Saturday, March 14, 2020. Born on March 8, 1926, in Milwaukee, WI, Stephanie was the daughter of Stephan and Anna (Bereza) Salash of Allentown, PA. She graduated from William Allen High School in 1943.
Stephanie was a devoted daughter, wife, mother, grandmother and great grandmother. She married Joseph Sikorski and moved to Bethlehem where they began their long life (62 years) raising four daughters. Together with her husband they ran the College View Hotel and Dietz Freight Line Moving Co. She launched a career later in life as a manager with John Wanamaker’s. Stephanie was life long member of a St. Mary’s “Pokrova” Ukrainian Orthodox Church, Allentown, PA. where she taught Sunday School for many years. She was also an active member of St. Paul Orthodox Church, Emmaus, PA. She shared her passions for travel, dancing and cooking with her family and friends. Stephanie was greatly admired for her sense of style and beautifully hand sewn clothes. She had a love of life and was the life of every party.
Survivors: Daughters, Stephanie Kozemchak of Falls Church, Va., Beverly Dickson (Richard) of Troy, N.C., Anne Sikorski-Schneider (Robert) of Coopersburg, Katie Sikorski (Joseph Caruso) of New Providence, N.J.; four grandsons, Christopher, Miles, Sanders, Walker; four granddaughters, Mila, Kyra, Christiana, Ariel; eleven great grandchildren, Anders, Giada, Luca, Trysten, Brayden, Kalyna, Gunnarr, Richard, Wallace, John, Shea; and many nieces and nephews.
She was predeceased by her husband, Joe, her brother, Michael Salash, and her parents.
A memorial service will be held in the near future. The family requests that in lieu of flowers, donations be made to either St. Mary’s “Pokrova” Ukrainian Orthodox Church, 1031 Fullerton Ave., Allentown, PA or to the Alzheimers Association (alz.org).

Joseph Samuel Novak, 80 of Allentown PA passed away peacefully on February 27, 2020.
He was the loving husband of Margaret Mary (Sniscak) Novak for 53 years. He was the son of the late Joseph James and Helen (Gerber) Novak.
He was a Specialist 4th class in the Army. He worked at Fuller Company, which later became F.L. Schmidt. When he retired, he became a parts delivery driver for NAPA Auto Parts of Allentown. He was a member of Saint John the Baptist Slovak Catholic Church. He was an avid reader and loved doing math, logic puzzles, shuffleboard, puzzles and games. His greatest joy in life was his grandson, who always made him so proud.
Survivors: Wife Margaret, daughter – Diane and husband Keith Campbell of Arizona, grandson – Nolan, brothers – Daniel and Linda Novak of Tamaqua, Charles Novak of Tuscarora, and Sister – Karen and husband Fritz Radcliff of Allentown. He was predeceased by his brother Thomas, husband of Barbara of Allentown.
A calling time will be held on Sunday, March 8th 6-8PM and Monday, March 9th 9-10AM in Kohut Funeral Home, Inc., 950 N. Front Street, Allentown, PA 18102. Mass will follow Monday at 10:30AM in Saint John the Baptist Slovak Catholic Church, 924 N. Front Street, Allentown, PA 18102.
After mass he will be cremated and transported to Arizona for interment.
In lieu of flowers, contributions can be made to Saint John the Baptist Slovak Catholic Church or the American Cancer Society.

Helen Stapaj, 96, of New York, passed away February 24, 2020. She was the loving wife of the late John Stapaj. Born in Poland, she was the daughter of the late John and Matrona (Sawka). Helen was a member of St. Marys Ukrainian Orthodox Church. She worked for many years as a Weaver in various Textile Mills in NYC.
A Graveside Service will be held on Friday March 20th at 10AM in St. Marys Ukrainian Orthodox Cemetery, Whitehall. Arrangements are entrusted to Kohut Funeral Home, Inc. in Allentown, PA.
1 2