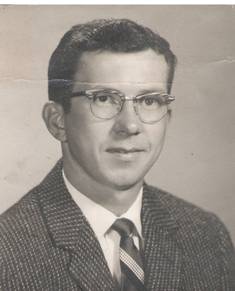 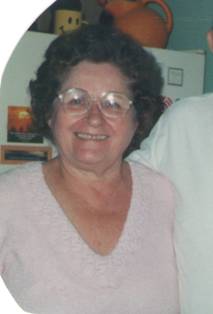 Anna Bechtel passed away peacefully on February 22, 2013 at the age of 99. Born in Allentown, she was the daughter of the late Metro and Kathryn Slota. Anna was a member of St. Mary’s Ukrainian Orthodox Church in Allentown and a member of St. Mary’s Seniors. She was the loving wife of the late Clifford Bechtel who together owned and operated Cliff’s Hotel in Allentown for 25 years. Anna is survived by daughter Elle Skurla and husband John of California, son Richard Bechtel and wife Dr. Cindy of Massachusetts. Grandchildren include Lynne (Patrick), John (Kelly) and David (Tina) of California and Shane Bechtel (Erin) of Massachusetts and Dr. Brett Bechtel (Whitney) of Virginia. Great Grandchildren include Kayla, Jessica, Keana, Caitlin and James. Sisters, Stella Smerek of Center Valley, Mildred Wilburn of Nevada, brothers Gene Slota and Walter Slota of Arizona. She was predeceased by her sisters Mary Kalady, Kathryn Slota, Julie Slota and brothers John and William Slota of Allentown. Services: A viewing will be held on Friday, March 1, from 9:15 - 10:00 AM followed by a funeral service at 10AM – all at St. Mary’s Ukrainian Orthodox Church, Fullerton and Catasauqua Avenues, Allentown. Burial will follow in the parish cemetery. Arrangements care of Kohut Funeral Home, Inc. Contributions: In lieu of flowers, donations may be made in Anna’s memory to St. Mary’s Ukrainian Orthodox Church or Arcadia Hospice in Allentown, PA. The family would like to thank Arcadia Hospice for their support and wonderful care of our Mother with special thanks to Paula and Marie…

Veon Mae Hertzog Stewart Becker passed away peacefully on Wednesday October 31, 2012 with family by her side. Veon was born on December 11, 1940. Veons father owned and operated the Lehigh Valley Original Bake Potato Stand at the Allentown Fair in the early 50s. Veon and her late husband continued the business under Veons Food Concessions. Veons also is well known at The Kutztown Folk Festival for the OX Roast and the original Homemade Apple Dumplings which continues today. Veon also worked for her mothers business in the early 70s at Art Dog House on 7th St. in downtown Allentown. She also was a major volunteer Girl Scout Leader for many years in New Tripoli, PA while she was raising her family. Veon Becker was well known for her Love for Jesus Christ and her Catholic Faith. She was always giving to others, very compassionate to all and had endless energy with always a positive outlook on life. She will be greatly missed and is now at peace and resting eternally.

Contributions: Donations can be made in Veons memory to Prager Patient Assistance Fund-Lehigh Valley Hospital Cancer Center care of the funeral home.

William Boykas, 85, of Coopersburg, passed away Thursday, March 15, 2012. He was the loving husband to Esther M. (Price) Boykas for 57 years, devoted father to Diane and adoring pappy to Jarod, Makenna and Alexandra. Born in Allentown to the late Michael and Mary (Michrina) Boykas, William proudly served in the U.S. Army during WWII where he enjoyed being a cook and playing the trumpet in the army band. He later played in the Allentown Pioneer Band. He was a 1954 graduate of Lehigh University with a degree in Civil Engineering. He worked as Professional Licensed Engineer at Penn Dot for over 30 years retiring as the District Engineer of 5 counties in 1989. He was a lifelong member of both the American Society of Civil Engineers and the American Society of Highway Engineers and past president of each organization. William was a member and long time President of the Protection of the Blessed Virgin Mary Greek Orthodox Church, Allentown and was bestowed the highest honor for a layman in the Orthodox Church as a Distinguished Archon of the Ecumenical Patriarchate of Constantinople. Born a ‘city boy’, William met Esther, a farm girl at a local dance class. He took to farm life and quickly became an avid gardener and he and Esther enjoyed sharing produce from their huge garden with friends. William also did woodworking and concrete crafts and adorned the yards of many of his friends with his handcrafted birdbaths, concrete benches and tables. Bill was a huge open wheel racing fan, and attended the Indy 500 over 40 years with his family. He was a lifelong Phillies fan and spent many Sunday afternoons with his family at Veterans Stadium. He loved telling jokes and dancing the polka and traveling South to Florida and the Carolinas. His strong willed charm, kindness and love will be greatly missed.

Donations can be made in William’s memory to the church or to the Michael J. Fox Foundation for Parkinson’s Research, care of the funeral home.

Genevieve “Jennie” M. (Prokopowicz) Boshko, 89, of Allentown, passed away Tuesday, January 10, 2012. She was the loving wife of the late Stephen Boshko. Born in Freeland, she was the daughter of the late Anthony and Mary (Gierulla) Prokopowicz. She retired in 1984 from the former C & F Dress Co. after 32 years of service. Jennie was a member of Ss. Peter and Paul Polish Catholic Church.

A viewing will be held Tuesday 9:30-10:30AM in Kohut Funeral Home, Inc. 950 N Front St. Allentown 18102. Mass of Christian Burial to be celebrated Tuesday at 11AM in Ss. Peter and Paul Polish Catholic Church 1065 Fullerton Ave. Allentown 18102. Burial to follow in Holy Saviour Cemetery, Bethlehem.

Contributions can be made in Jennie’s memory to the church.

Joseph T. Belovich, 83, of Coopersburg died August 15, 2011. He was the son of the late Anthony and Mary Belovich. He served in the U.S. Navy during WWII.

Frances M. (Golinsky) Brinkac, 69 of Whitehall, passed away Saturday, July 9, 2011 in St. Luke's Hospital, Allentown.
Frances was born on September 29, 1941 in Allentown, PA to the late Joseph and Helen A. (Martin) Golinsky.
She is survived by Stephen F. Brinkac, husband of 49 years.
Frances was a member of SS Peter and Paul Catholic Church in Allentown and enjoyed walking in the morning with her friends at the mall.
She was a faithful wife and mother and we be greatly missed.

In lieu of flowers, contributions can be made to American Diabetes Association, c/o the funeral home
1 2 3 4