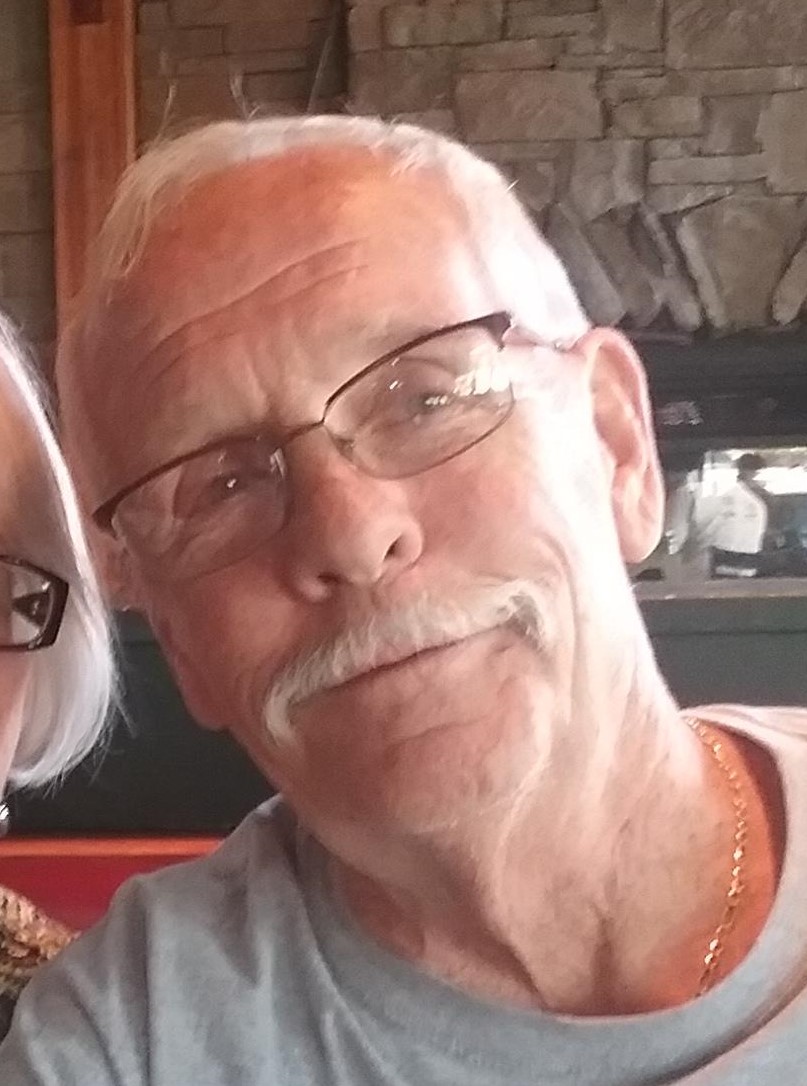 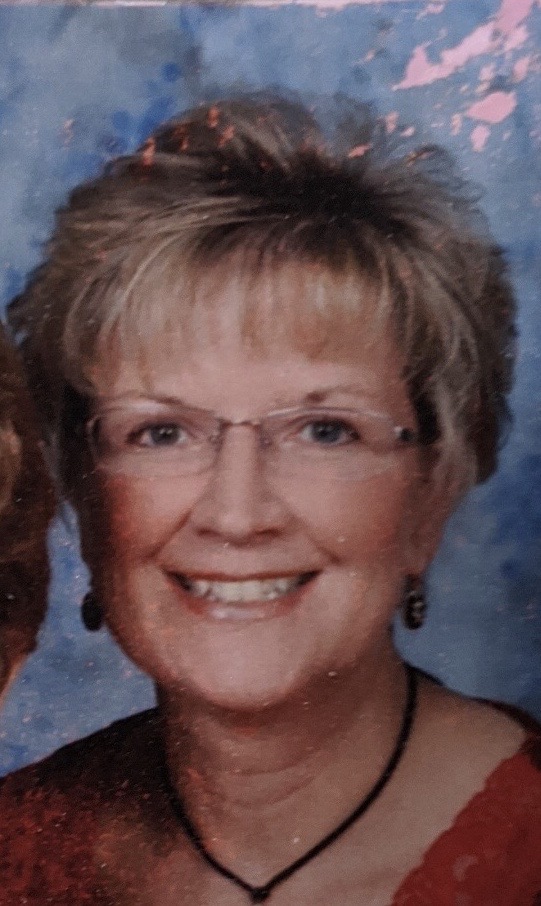 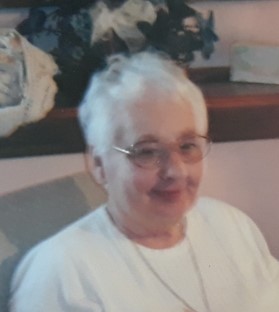 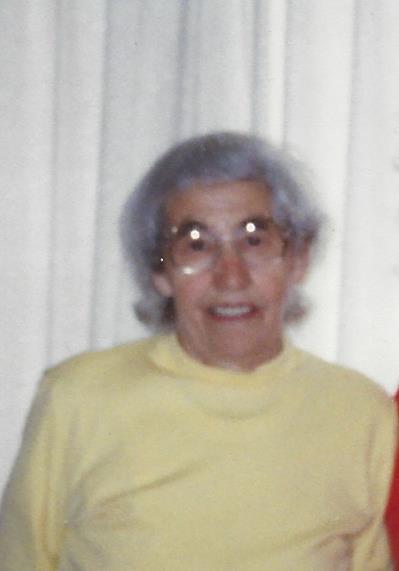 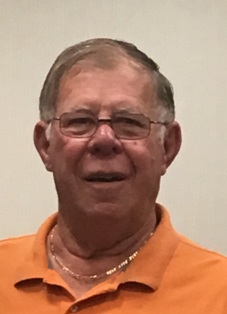 Joseph L. Kuhns, 75, of Allentown, passed away July 20, 2020. He was the loving husband of 45 years to Bernadette (Olsovsky) Kuhns. Born in Bethlehem, he was the son of the late Charles and Ruth (Butler) Kuhns. Joseph served in the U.S. Marine Corp. during the Vietnam War and took pride in being a veteran. Joe retired from Stanley Vidmar. He was a member of the Knights of Columbus, the Fraternal Order of the Eagles, the Mountainville Fire Co., the VFW #2124 and the American Legion Post 576. He was always finding a way to socialize. He loved sports, especially baseball; which he had played, coached and watched his grandchildren play. Some of his favorite sports teams included the Boston Red Sox and the LA Rams. Joe also enjoyed playing cards, going to the shore, gambling, gardening and landscaping. But his greatest joy was being a father, grandfather and friend.
Survivors: wife- Bernadette Kuhns, daughter- Jennifer and husband Shaun Reightler, son- Justin Kuhns, grandchildren- Chase, Mackenzie and Dylan, sister- Edna and husband Michael Redhead of Oregon. He was predeceased by his brothers- Earl and Leonard Kuhns.
A viewing will be held on Friday, July 24th 10-11AM with a Funeral Service to follow at 11AM in St. Elizabeth Catholic Church 618 Fullerton Ave Whitehall, PA 18052. Burial to follow in Cedar Hill Memorial Park.
In lieu of flowers, donations can be made in Joe’s memory to his grandchildren’s college fund. Donations can be made payable to Bernadette Kuhns and mailed c/o Kohut Funeral Home, Inc.

Susan E. (Miller) Kremposky, 57, of Allentown, passed away May 20, 2020. She was the loving wife of 30 years to Edward Kremposky. Born in Allentown, she was the daughter of the late Leo L. and Elizabeth (Guzie) Miller. Susan worked as a Technical Partner for Lehigh Valley Hospital for many years. She also worked for the Children’s Clinic at LVH 17th & Chew Sts for 13 years. She was a member of St. Mary’s Ukrainian Orthodox Church. Susan enjoyed planting flowers and vegetables and doing work around the yard.
Survivors: husband- Edward Kremposky; son- Justin Kremposky; brothers- Leo C. Miller Jr. and wife Marie, Joseph Miller and wife Kathy, Ronald Miller and wife Patricia, Thomas Miller and wife Lisa; 1 niece and 8 nephews.
A Drive Thru Viewing will be held Saturday May 23rd 10-11AM at Kohut Funeral Home, Inc. 950 N. Front St. Allentown, PA 18102. Burial will follow for the family in St. Mary’s Ukrainian Orthodox Cemetery.
Contributions can be made in Susan’s memory to the church or Penn University Pulmonary Hypertension Program care of the funeral home.

Edward S. Kacsur, 87, of Allentown, passed away December 29, 2019 in his home. He was the loving husband of Ann Marie (Sylvester) Kacsur. Born in Allentown, he was the son of the late Edward and Theresa (Skrovanek) Kacsur. Edward served in the U.S. Marine Corp during the Korean War. He retired from the #420 Steam Fitters Union. He was a member of the Fullerton Legion, the VFW in Fullerton, the Marine Corp. League of Lehighton and the Knights of Columbus.
Survivors: wife; children- John Kacsur and wife Pam, Susan Emerson and husband Irv, Edward P. Kacsur and wife Gail; stepchildren- William Powell and wife Susan, James Powell, Joel Powell; 7 grandchildren. He was predeceased by his first wife- Mary Kacsur.
A calling time will be held Monday, January 6th 10-11AM in St. Joseph the Worker Catholic Church 1879 Applewood Dr. Orefield, PA 18069. Mass of Christian Burial will follow at 11AM. Burial will be Private for the family.
In lieu of flowers, contributions can be made in Edward’s memory to the Catholic Charity Soup Kitchen care of Kohut Funeral Home, Inc.

Anna M. (Zuercher) Kuhns, 86, of Allentown, passed away Sunday, September 22, 2019. She was the loving wife of the late Harold W. Kuhns. Born in Allentown, she was the daughter of the late Joseph and Agnes (Kuhns) Zuercher. She was a member of Sacred Heart Catholic Church and the Lehigh County Senior Citizens Society.

A viewing will be held Friday, September 27th 9-10AM in Sacred Heart Catholic Church 336 N. 4th St. Allentown, PA 18102 with a Mass of Christian Burial to follow at 10AM in the church. Burial will take place in Resurrection Cemetery, Allentown. Arrangements entrusted to Kohut Funeral Home, Inc.

Anna (Tarnawski) Kowalski, 101, of Allentown, passed away March 19, 2019. She was the loving wife of the late Jan Kowalski. Born in Poland, she was the daughter of the late Mikola and Tekla (Solan) Tarnawski. She was a member of St. Mary’s Ukrainian Orthodox Church.

Survivors: son- Myron Kowalski of Easton and daughter- Natalka Kowalski of Benbrook, TX. She was predeceased by her sisters- Mary and Eva.

A viewing will be held Saturday, March 30th 9-10AM with a Funeral Service at 10AM all in St. Mary’s Ukrainian Orthodox Church 1031 Fullerton Ave Allentown, PA 18102. Burial to follow in parish cemetery. Arrangements entrusted to Kohut Funeral Home, Inc.

Anna (Turoscy) Kotowski, 89, passed away peacefully on October 20, 2018 surrounded by her loving family. She was the wife of the late Valentine J. Kotowski Jr. Born in Allentown, she was the daughter of the late Michael and Anna (Kondravy) Turoscy. Anna devoted majority of her life caring for her husband, mother and special needs sister. She was an avid reader, loved crossword puzzles and previously taking monthly trips with her friends to Atlantic City. Anna was a past member of St. John the Baptist Slovak Catholic Church in Allentown and attended St. Matthews Catholic Church in East Stroudsburg with her family.

She will be deeply missed by her family. Survivors: daughter- Valorie and husband Daryl Thundercloud; grandchildren- Jennifer and Joshua Thundercloud; great grandson- Xavier Esteves; sister- Helen Engelman and niece- Barbara Engleman. She was predeceased by her sister- Dorothy Turoscy and nephew- Michael Engleman.

Services will be Private at the convenience of the family care of Kohut Funeral Home, Inc.

Nancy P. Kuyan, 63, of Allentown, passed away peacefully on Wednesday September 5, 2018. Born in Allentown, Nancy was the daughter of the late Frank J. and Mary (Staivecki) Kuyan. She was a member of St. John the Baptist Slovak Catholic Church in Allentown. Nancy worked as a Human Resources Administrator for the Private Industry Council of the Lehigh Valley for 35 years. She was a graduate from Dieruff High School, and then continued her education at Lehigh Carbon Community College where she received an associates degree. Nancy was an avid traveler who certainly lived life to the fullest. The Caribbean and Aruba were her two favorite places to travel. Nancy loved animals. There wasn't a time where she didn't own a cat. She loved cooking and baking, and served as a caretaker for her family and friends whenever needed. Nancy enjoyed her friendships with all her co workers. Nancy is survived by her brother Frank and his wife Annette of Bethlehem, and her sister Virginia Kuyan and her companion Sam Canone of Allentown. Services are private and have been entrusted to the Kohut Funeral Home, Allentown Pa.

Simon Kadingo, Jr., 77, of Whitehall, passed away August 8, 2018. Born in Pottsville, he was the son of the late Simon and Anna (Naradko) Kadingo. Simon retired from Mack Trucks and was a member of the UAW 677 Mack Retirees. He also volunteered for Meals on Wheels. Simon attended church at St. Andrews Lutheran Church.

In lieu of flowers, contributions can be made in Simon’s memory to a charity of one’s choice.