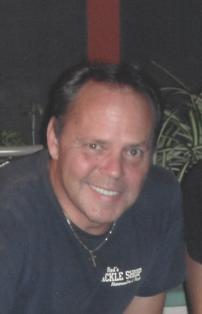 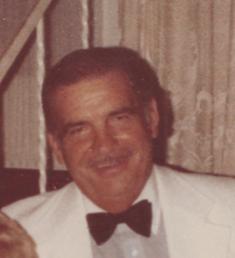 Helena (Radio) Kuzmak, 90, of Whitehall, passed away December 16, 2014. She was the loving wife of Wasyl Kuzmak for 70 years. Born in Poland, she was the daughter of Paulo and Anna (Chromulak) Kuzmak. She retired from Schneider Mfg. after 30 years of service. She was a member of St. John the Baptist Ukrainian Catholic Church.

Survivors:
Husband- Wasyl Kuzmak; Sons- Michael of Allentown and Ray (Roman) of Saylorsburg; Granddaughters- Holly Anne and Amanda Anne. She was predeceased by her grandson- Christopher.

Services:
A calling time will be held Friday 6-8PM and Saturday 9:30-10AM with a service at 10AM all in Kohut Funeral Home, Inc. 950 N. Front St. Allentown 18102. Burial to follow in St. John the Baptist Ukrainian Catholic Cemetery.

Roman Kifiak passed away March 9, 2014.
A viewing will be held on Friday March 14th 9-10AM and a Funeral Service will be held at 10AM all in St. Mary Ukrainian Orthodox Church, Allentown. Burial to follow in the parish cemetery.

Maria (Lehunyak) Kulyk, 94 of Allentown passed away Friday, January 24, 2014. She was born in the Ukraine and came to the United States with her late husband John and their two sons in 1950. She had a great love for flowers, gardening, cooking and especially enjoyed spending time at family gatherings. She was a member of St. Josephat Ukrainian Catholic Church in Bethlehem for many years. Survivors: Daughters, Dorothy Kulyk of Allentown, Anna Goss and husband Tim of Grantville, PA, and Irene Strobl who passed away; sons, Michael Kulyk and wife Boc-Joo of Dallas, TX, Robert Kulyk of Allentown; 13 grandchildren; and 11 great-grandchildren. Services: A viewing will be held at St. Josephat on Wednesday, January 29, 2014 from 9 to 10 a.m. followed by an Office of Christian Burial. Interment to follow in St. John the Baptist Ukranian Catholic Cemetery, Northampton.The Kohut Funeral Home is handling the arrangements.

Services will be private.

Michael J. Kunkle, 54, of Northampton and previously of Coplay, passed away Friday, June 07, 2013. He was the loving husband of Carol A. (Creyer) Kunkle. Born in Allentown, he was the son of Russell W. and Margaret (Roos) Kunkle. He was a “76” graduate of Northampton Area High School. Michael worked for SYSCO Foods for 8 years. He was a member of Holy Trinity Catholic Church. Michael genuinely loved life. He loved to garden, cook, fish, ski and golf. He will be sadly missed by his entire family.

A calling time will be held on Friday 9-10AM with Mass of Christian Burial to follow at 10AM all in Holy Trinity Catholic Church 4102 S. Church St. Whitehall, PA 18052.

In lieu of flowers, donations can be made in Michael’s memory to St Luke’s VNA Hospice 801 Ostrum St. Bethlehem, PA 18015.

Christine M. (Siska) Kudla, 92, passed away peacefully surrounded by her family on Saturday May 25, 2013 at Whitehall Manor.

She was born in Bratoslava, Czechoslovakia, the daughter of the late James and Christina (Pridal) Siska.

SURVIVORS: She is survived by a sister, Rose Frisch of Whitehall, and her nephew and his wife, James and Bonni Frisch of Bethlehem; great nephew, Jason Frisch.

SERVICES: Private and at convenience of the family

The Kohut Funeral Home, Inc. is handling the arrangements.

Anna Kohut, 91, of Allentown, passed away Saturday, May 18, 2013. Born in Allentown, she was the daughter of the late John and Mary (Piscur) Kohut. Anna was retired from the former Charis Manufacturing and the former South Manufacturing. She was a member of St. Mary Ukrainian Orthodox Church. Anna was a very warm and caring person to all her friends, neighbors, relatives and she especially loved caring for her furry neighbors including her cat Puss Puss Whitey.

Survivors:
Many Cousins
She was predeceased by her brother- Michael and sister- Helen Gerzanich.

A viewing will be held on Wednesday 9:30-10AM with a Funeral Service at 10AM all in St. Mary Ukrainian Orthodox Church Fullerton and Catasauqua Aves. Allentown. Burial to follow in the parish cemetery. Arrangements care of Kohut Funeral Home, Inc.

In lieu in of flowers, donations can be made in Anna’a memory to the church or to a charity of one’s choice.

John Kochenash, 90, of Allentown, passed away February 26, 2013. He was the loving husband of the late Helen (Zukowski) Kochenash. He was the son of the late Nicholas and Catherine (Horbouy) Kochenash. He was 1st Sergeant in the U.S. Army in World War II. After the war he worked with his father in the construction business. In 1959 he became proprietor of the Imperial Tavern. He was actively involved in the Lehigh County Tavern Assoc. where he served as President for several years. He also helped organize Grandlawn Baseball Little League.

A viewing will be held on Thursday 9:30-10:15AM with Mass of Christian Burial at 10:30AM all in St. Francis of Assisi Catholic Church 1046 W Cedar St. Allentown 18102. Burial will take place at a later date in Holy Saviour Cemetery, Bethlehem.

In lieu of flowers, donations can be made to the church care of Kohut Funeral Home, Inc.