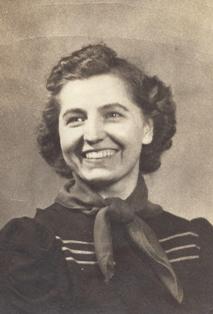 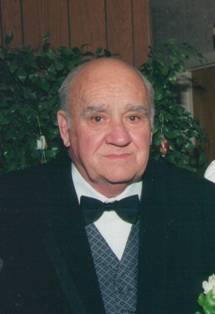 Ksenia (Kochenash) Krawchuk, 95, of Allentown, passed away February 19, 2013 in her daughter Maria’s home. She was the wife of 57 years to the late Frank Krawchuk. Born in Allentown, and grew up in Ormrod, she was the daughter of the late John and Catherine (Yarka) Kochenash. She was the last surviving member of her family. Ksenia was a member of St. Vladimir’s Greek Catholic Church in Palmerton and currently attended St. Thomas More Catholic Church in Allentown. She was a “Rosie the Riveter” at Bethlehem Steel during WWII. Ksenia retired after 31 years of service from Western Electric/ Lucent Tech. She was a member of the Pioneers Club. Ksenia enjoyed doing yard work, crocheting afghans for her grandchildren and great grandchildren, and liked to keep family traditions. She liked to make halupki, pirogies and nut roll. Ksenia’s family was the light of her life.

She was predeceased by her daughter- Kathleen and siblings- Mary Honchar, Anna Spath, Irene Konya, Helen Schenk and Michael Kochenash.

A viewing will be held Friday 9:15-10AM with a Mass of Christian Burial to follow 10AM all in St. Thomas More Catholic Church 1040 Flexer Ave Allentown 18103. Burial to follow in St. John the Baptist Catholic Cemetery, Northampton. Arrangements c/o Kohut Funeral Home, Inc.

Dmytro Kohut, 96, of Easton, passed away Monday, October 29, 2012. He was the loving husband of the late Anna (Kurenda) Kohut. Born in Bukovec-Turka,Ukraine, he was the son of the late Petro and Maria (Rotchen) Kohut. Dmytro and Anna arrived in America February 22, 1949 and became U.S. citizens in 1955. Dmytro was retired from Victalic (Formerly Lehigh Foundry). He was the eldest active member of Holy Ghost Ukrainian Catholic Church. He was a member of the Ukrainian Congress Comittee Assoc and President of the former Ukrainian Club in Easton.

Contributions: In lieu of flowers donations can be made to the church memorial fund. Arrangements care of Kohut Funeral Home Inc.

Bernadine (Bernie) A. (Janenko) Kapun, 89, of Allentown, passed away Sunday, September 2, 2012. Born in Allentown, she was the daughter of the late Michael and Anna (Puschsauver) Janenko. She worked as a Draftsman for the Vultee Defense Plant during WWII and then retired from Western Electric after 35 years. She was a member of St. John the Baptist Slovak Catholic Church. Bernie was also a member of the First Slovak Catholic Ladies Union, the Pioneers Club and she bowled with the Retirees of Western Electric.

Survivors: Daughter, Maryann Zwickl wife of Robert of Allentown; brother, Michael Janenko of California; nieces and nephews including nephews, Chris, Phillip and Roger Janenko; grand nieces and nephews. She was predeceased by her brother, George Janenko.

Leona P. (Blazinsky) Kondrk, 84, of Allentown, passed away Monday, May 21, 2012. She was the wife of the late Robert N. Kondrk. Born in Allentown, she was the daughter of the late Jacob and Anna Blazinsky. Leona was a graduate of Allentown Central Catholic High School. She was a member of the Cathedral of St. Catherine of Siena Catholic Church.

In lieu of flowers, donations can be made to Emily’s Scholarship Fund.

Joseph Paul Kerin Jr., 86, of Whitehall, passed away Monday, April 9, 2012 in his home surrounded by his loving family. He was the devoted husband of 62 years to Margaret (Elias) Kerin. Born in Luzerne, PA, he was the son of the late Joseph and Mary (Evans) Kerin. Joseph served in the U.S. Navy during WWII, serving on the USS EURYALE (AS-22). He retired from Western Electric after 33 years of service. Joseph was a member of St. John the Baptist Slovak Catholic Church. He was a life member of the American Legion Howard L. Peter Post 576 where he served as a past Officer, Sergeant At Arms and member of the Honor Guard. Joseph was also a member of the Fullerton Fire Co., Cross Keys and the former St. John’s Club. Joseph was a Chief Steward for Local 1522 IBEW for 20 years. He volunteered for Meals on Wheels and the Boy Scouts of America.

Donations can be made in Joseph’s memory to the church, St. Luke’s Hospice or to the American Cancer Society care of the funeral home.

Andrew J. Kadas, 84, of Allentown was received into the loving arms of the Lord on Monday, December 26, 2011. He was the husband of the late Eleanor R. (Seaman) Kadas. Born in Allentown, he was the son of the late Andrew J. Kadas and Mary (Zampar) Kadas Konye. He was a graduate of Allentown Central Catholic High School. Andrew served in the U.S. Merchant Marine during WWII and in the U.S. Army during the Korean War. He worked as a General Foreman for the former Hutt & Wasserman Felt Hat Mfg. in Allentown and then for F & M Hat Mfg. in Denver, PA until his retirement in 1991. He was a member of St. John the Baptist Slovak Catholic Church, Allentown.

Services: A Mass of Christian Burial will be celebrated on Tuesday, Jan. 3, at 10:30 a.m. in St. John the Baptist Slovak Catholic Church, 924 N Front St., Allentown 18102. Burial to follow in the parish cemetery.