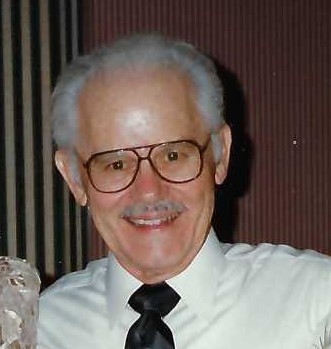 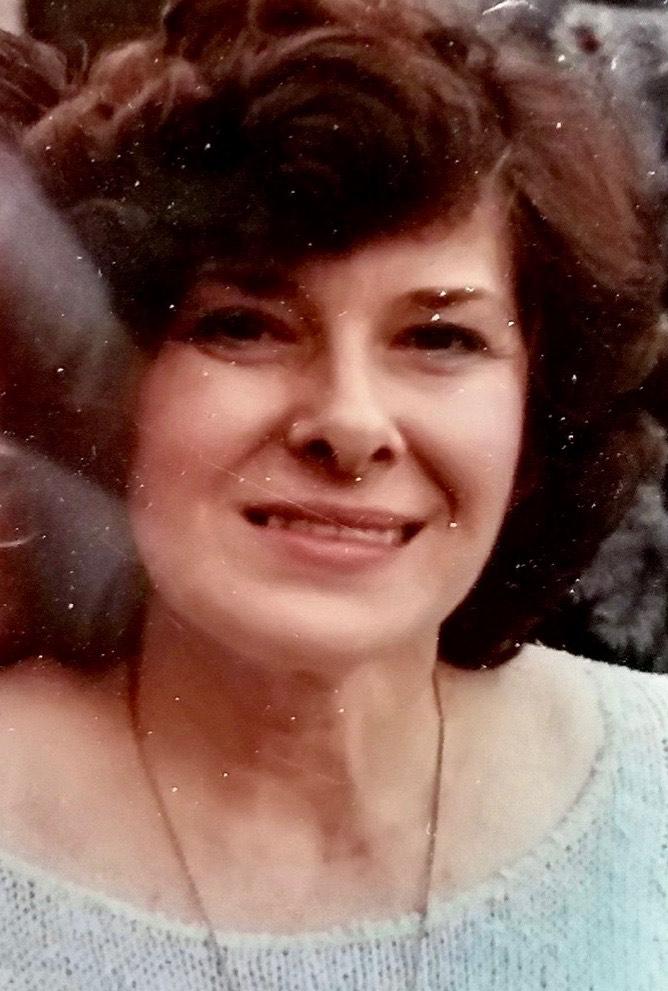 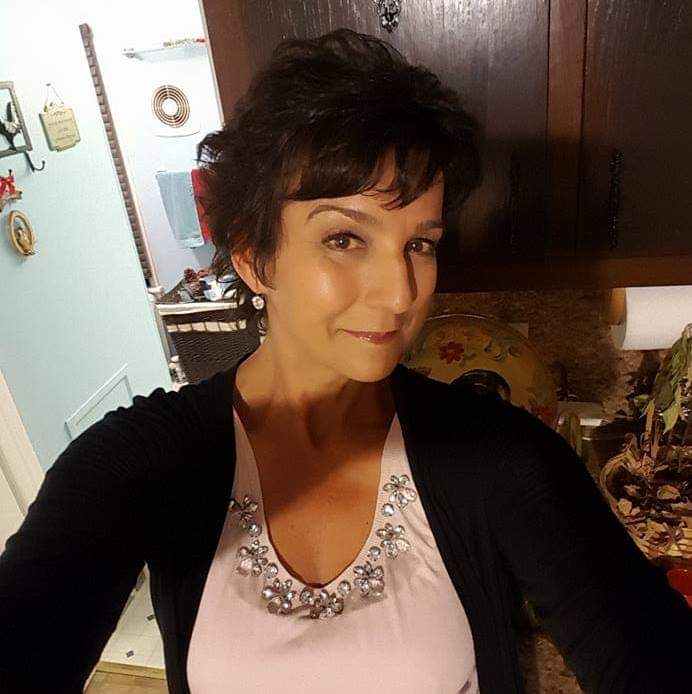 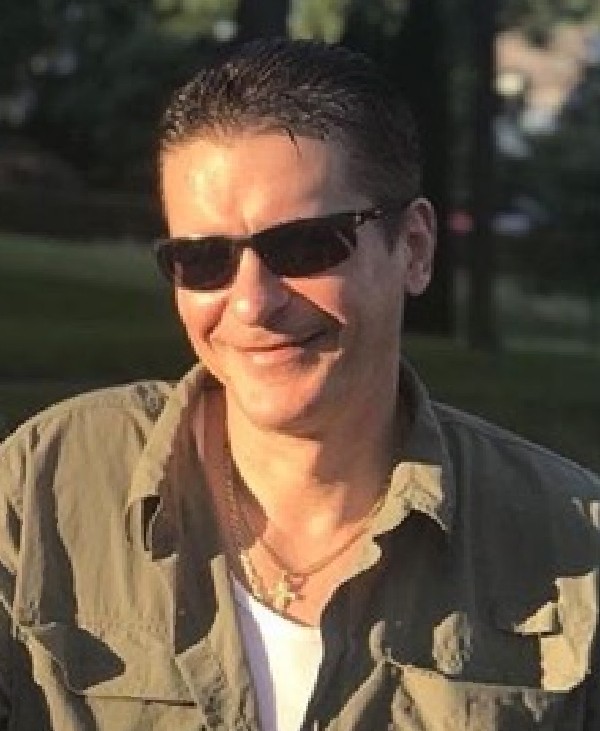 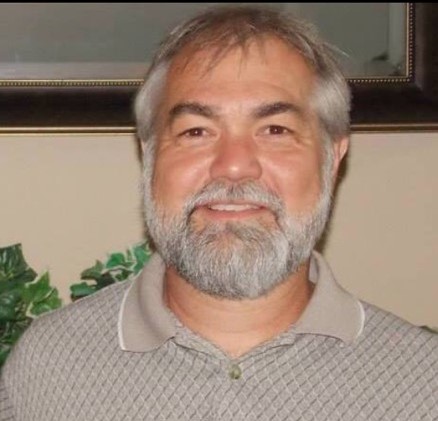 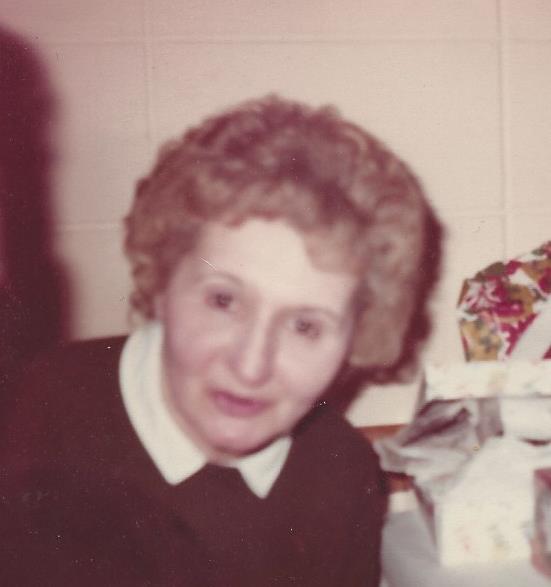 John F. “Mini” Minarovic, 99, of Allentown, passed away October 4, 2020. He was the loving husband of the late Jean R. (Desch) Minarovic. Born in Allentown he was the son of the late Ludwick and Anna Minarovic. He was a Navy Veteran. John was self-employed for many years as a linoleum and tile contractor. After his retirement he then worked as a monitor for First Student Bus Co. He was a member of St. John the Baptist Slovak Catholic Church. Some of John’s fondest memories were with his family on their farm as a young boy and then hunting and fishing with his brothers and son.
Survivors: son- John P. Minarovic of Allentown; grandchildren- Troy C., Heather Ann, Jessica L.; great grandchildren- Gabriel and Michael.
A viewing will be held on Friday, October 9th 10-11AM with a Service at 11AM in Kohut Funeral Home, Inc. 950 N. Front St. Allentown, PA 18102. Entombment to follow in Cedar Hill Memorial Park.
In lieu of flowers, please have a Mass Intention made in John’s name.

Elaine M. (Pavelko) Matis, 83, of Walnutport, passed away September 15, 2020. She was the loving wife of 55 years to Richard S. Matis. Born in Johnstown, PA on January 20, 1937 she was the daughter of the late Joseph and Anastasia (Gasparovic) Pavelko. Elaine was a graduate of Allentown Central Catholic High School and Bethlehem Business School. She attended St. Nicholas Catholic Church in Walnutport. Elaine enjoyed working in the medical field for many years before retiring in 1986.
Her strong faith and devotion to her family as Mom and Nana brought her endless joy. Her strength and courage in the face of life’s adversities was remarkable. She enjoyed living in the country, antiquing, the arts, traveling, playing the piano and spending time with her family. She lived a life of selfless generosity, always putting others first. She will be deeply missed.

Services will be Private.

In lieu of flowers, contributions can be made in Elaine’s memory to St. Jude’s Children’s Hospital 262 Danny Thomas Place Memphis, TN 38105
.

Chrystyna S. H. (Huzar) Musselman, 58, of Northampton, passed away January 18, 2020. She was the loving wife of 31 years to Karl Musselman. Born in Allentown and raised in Coopersburg, she was the daughter of the late Iwan and Stefania (Oleszczuk) Huzar. Chrystyna graduated from Southern Lehigh High School and Allentown Business School with her Associates Degree in Public Relations. She worked for many years as a bartender/waitress at Bubbas and other places throughout the Lehigh Valley. She then worked in Public Relations for SWB&R and was the Head of the Keys Program for Lehigh Carbon Community College. She previously attended St. Stephens Lutheran Church in Allentown. She loved to spend time gardening, cooking and loved animals. But above all Chrystyna’s family meant everything to her.
Survivors: husband- Karl; children- Kylie, Austin, Nick and his wife Jacqueline; granddaughter- Lydia Noel; brother- Roman; sister- Donna Navarro. She was predeceased by her brothers- Clement and Zoreslaw “Tony” Huzar.
Everyone is welcome to help remember and celebrate Chrystyna at a Celebration of Life or as she called it “A Party” on Sunday, January 26th 1-7PM at the VFW Post #7293 located at 5209 Springmill Rd Whitehall, PA 18052.
Contributions can be made in Chrystyna’s memory to Kohut Funeral Home, Inc. toward her final expenses.

Esther A. (DaRe) Montzman, 95, of Allentown, passed away December 27, 2019. She was the loving wife of the late William Montzman. Born in Allentown, she was the daughter of the late Americo and Rosina (Martin) DaRe. Esther worked previously for PP&L and then for Mack Trucks for over 20 years before her retirement. She was a member of St. John the Baptist Slovak Catholic Church. She also was part of a Quilting club and an Investment & Stock club.
Survivors: nephews- Anthony DaRe and wife Christine of Mifflinville, Christopher DaRe of Allentown; niece- Nancy Kidwell of Waldorf, MD; numerous great nieces and nephews; sister-in-law- Catherine DaRe. She was predeceased by her brother- James DaRe, nieces- Sandra Deily and Linda Ford, cousins- Ellio DaRe and Inez (DaRe) Hanna.
A calling time will be held Saturday, January 4th 9-10AM in Kohut Funeral Home, Inc. 950 N. Front St. Allentown, PA 18102. Mass of Christian Burial will follow at 10:30AM in St. John the Baptist Slovak Catholic Church 924 N. Front St. Allentown, PA 18102. Burial to follow in the parish cemetery.
Contributions can be made in Esther’s memory to the church.

Mary A. (Kuyan) Miller, 94, of Allentown, passed away December 16, 2019. She was the loving wife of the late Raymond Miller. Born in Allentown, she was the daughter of the late August and Mary Kuyan. Mary was a member of St. John the Baptist Slovak Catholic Church.
Survivors: son- Randolph and wife Lori Miller of Allentown, granddaughter- Kelby Miller. She was predeceased by her sons- Kurt and Michael Miller.
A private graveside service for Mary’s family will be held on Saturday, December 21st at 11AM in Cedar Hill Memorial Park. Arrangements are entrusted to Kohut Funeral Home, Inc.
In lieu of flowers, please feel free to have a Mass said in Mary’s memory.

Dale K. Mrazik, 61, of Acton, ME passed away November 30, 2019. He died of a heart attack while hunting in his home state of Pennsylvania on the first day of the season with his dad, which was always one his favorite things to do. Born in Allentown, he was the son of Thomas Mrazik and Nancy (Smith) Mrazik. Dale graduated from Allen High in 1976 and Nasson College, Springvale, Maine in 1980. During his years at Nasson, he met and married his wife, Susan (Dion) Mrazik in 1981. He was employed by Sprague Electric and later at the Portsmouth Naval Shipyard happily retiring in 2017. In 1993, Dale and his family moved to Square Pond in Acton which was Dale’s Heaven on Earth. He was a dedicated, involved and loving husband and father who truly knew how to enjoy life. He was an avid outdoorsman who had a passion for hunting, fishing and boating. His father-in-law envied his devotion and commitment to his hobbies, and while watching Dale hook up his downriggers once stated “That man works harder at fishing than most people do at work.” Dale loved to include and teach his children about his interest in the outdoors, and they spent countless days at fishing derbies, 3d archery competitions, youth adventure days, youth hunting days, downhill skiing, riding atv’s, snowmobiling, boat riding and enjoying the outdoors. When his own kids aged out of fishing derbies he would look to “RENT a KID” from the neighborhood. He was a member of the Sanford Springvale Fish and Game for many years.
SURVIVORS: His wife Susan, son Scott Mrazik and his wife Heidi of Richmond, ME, daughter Erica Mrazik and companion Michael Wallingford of Shapleigh, ME and his grand puppy Grizzly. Parents Nancy and Thomas Mrazik and sister Teri Yocum of Allentown, PA and lifelong friend Jeff Yocum of Center Valley PA and niece Caili Yocum Preston and her husband Bryant from Houston, Texas. His Sister-in law Rachel Bijaczyk and her husband Walter and their daughter Sarah. As well as aunts, uncles and cousins in the Allentown area. He will be dearly missed by family and many friends.
A Calling Time will be held Friday, December 6th 10-11AM with a Celebration of Life at 11AM in Kohut Funeral Home, Inc. 950 N. Front St. Allentown, PA 18102. A Calling Time will be held Monday, December 9th 10AM-12PM with a Prayer Service at 11AM in Carll-Heald & Black Funeral Home 580 Main St. Spring Vale, ME.
In lieu of flowers memorial contributions can be made to Sanford Fish and Game to support a local fishing derby or Yoga Reaches Out/Team Jacqui Bonwell/Sue Mrazik to support Boston Children’s Hospital.

Dorothy (Tomaschik) McDonald, 93, of Allentown, passed away September 7, 2019 peacefully. Born in Allentown, she was the daughter of the late Michael and Helen (Michrina) Tomaschik. Dorothy retired in 1990, after working for 18 years, for Shop Rite Pharmacy in Allentown as a Pharmacy Technician. She was a member of the Protection of the Blessed Virgin Mary Greek Orthodox Church in Allentown. She will be deeply missed by her family.
Survivors: son- Kerry and wife Jeanne McDonald of Emmaus, daughter- Connie Polaha and husband Thomas of Western Salisbury, sister- Betty Bergenstock of Lower Macungie, 8 grandchildren, 12 great grandchildren. She was predeceased by her son- Ronald Robert McDonald, daughter- Nancy Brunner, sisters- Catherine Spangenberg, Anna Tomaschik and Eleanore Seagreaves and her brother- John Tomaschik.

A viewing will be held Thursday, September 12th 6-8PM in Kohut Funeral Home, Inc. 950 N Front St. Allentown, PA 18102 with a Panachyda at 7:30PM and a viewing again Friday, September 13th 9-9:30AM. A Funeral Service will be celebrated at 10AM on Friday in the Protection of the BVM Greek Orthodox Church 703 N. 6th St. Allentown, PA 18102. Burial to follow in Laurel Cemetery, Whitehall.

Contributions can be made in Dorothy’s memory to the church and mailed to the funeral home.