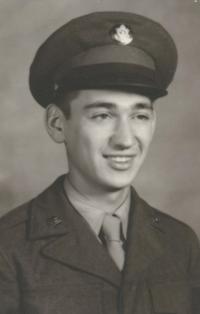 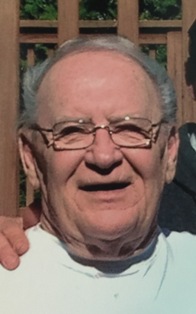 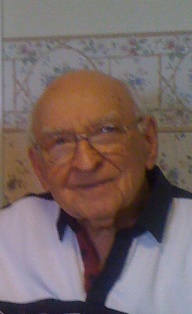 Nettie P. (Fomby) Melinchok, 86, of Whitehall, passed away July 10, 2017. She was the loving wife of 57 years to Michael Melinchok. Born in Hapeville, GA, she was the daughter of the late Forest and Eudelle (Bazemore) Fomby. Nettie was a cheerleader, bowler and played basketball while she was in school. She was a member of St. Mary’s Ukrainian Orthodox Church. She was a past President of the church ladies auxiliary and Vice President of the church council.

Services will be Private care of Kohut Funeral Home, Inc.

In lieu of flowers contributions can be made to St. Mary’s Ukrainian Orthodox Church c/o the funeral home.

Leola Catherine (Luchini) Miklus went home to heaven on June 26, 2017, surrounded by her loving family. She was born on 8-17-1936 in Freemansburg and spent most of her life in Allentown. She graduated from Central Catholic High School and married her devoted husband, Stephen J. Miklus. They were married for 64 years. She was a member of Immaculate Conception Catholic Church. Leola also previously owned and operated Leola Miklus Beauty Salon for 33 years.

In lieu of flowers, donations can be made in Leola’s memory to St Jude’s Children’s Research Hospital for DIPG Research care of the funeral home.

Anthony Moccio, 93, of Allentown, passed away peacefully on Friday, March 17, 2017 at Luther Crest Health Center. Anthony was married to his loving wife Phyllis M. Fiorentino Moccio. Born in Allentown, Anthony was the son of the late Angelo and Anna Moccio. He was a graduate of Allen High School class of 1942. Anthony was the founder and sole proprietor of the former AJ Moccio Meat Packing Company of Allentown.

John T. Maruscak, 87, of Allentown, passed away November 29, 2016. He was the loving husband of the late Lucy Therese (Talocci) Maruscak. Born in Lansford, he was the son of the late Joseph and Margaret (Krein) Maruscak. John graduated from St. Michaels Elementary School and the former Lansford High School. He served in the U.S. Army during the Korean War. John retired from Bethlehem Steel after 38 years of service. He was a member of St. Francis of Assisi Catholic Church and the Lansford AMVETS. John enjoyed reading and spending time with his family.

A viewing will be held on Friday, Dec. 2nd 8-9AM with a Mass of Christian Burial to be celebrated at 9AM all in St. Francis of Assisi Catholic Church 801 N. 11th St. Allentown. Burial to follow in Resurrection Cemetery, Allentown.

In lieu of flowers, contributions can be made in John’s memory to St. Francis Sanctuary Memorial Fund or St. Judes Children’s Hospital care of Kohut Funeral Home, Inc.

Robert T. Magliane, Sr., 75, of Whitehall, passed away August 17, 2016. He was the loving husband of 55 years to Ann G. (Pizolato) Magliane. Born in Allentown, he was the son of the late Emma (Micklus) and Angelo Magliane II. Robert worked for Bethlehem Steel and retired from Penn Allen Glass in 2003. He was a member of the former Our Lady of Mt. Carmel Catholic Church. Robert’s past hobbies included fishing, hunting and woodworking. He more recently loved spending time walking through parks and being with his grandchildren.

A calling time will be held on Saturday, Aug 20th 9-11AM with a Memorial Service at 11AM in Kohut Funeral Home, Inc. 950 N. Front St. Allentown, PA 18102. Burial to follow in Our Lady of Mt. Carmel Cemetery, Whitehall.

Contributions can be made in Robert’s memory to American Cancer Society or the American Heart Association.

Stanley F. Malinauskas, 96, of Whitehall, passed away May 8, 2016. He was the loving husband of Dorothy E. (Satter) Malinauskas for 68 years. Our father felt a great sense of tradition, obligation and dedication to the woman he loved so much. Born in Scranton, he was the son of the late Anthony and Agnes (Kaminska) Malinauskas. Stanley retired as a Draftsman for Fuller Co. He was a member of St. Elizabeth of Hungary Catholic Church and the Golden Agers. Stanley was also an avid Bridge and Pinochle Player. Stanley and Dorothy instilled in their children a dedicated work ethic that has been passed throughout the generations.

A Mass of Christian Burial will be celebrated Wednesday at 10:30AM in St. Elizabeth of Hungary Catholic Church 618 Pershing Blvd Whitehall, PA 18052. Burial to follow in Resurrection Cemetery, Wescosville. Arrangements entrusted to Kohut Funeral Home, Inc.

Contributions can be made in Stanley’s memory to St. Elizabeth of Hungary Catholic Church.

Rosemarie P Mahoney, 87, of Allentown died Sunday morning at Lehigh Valley Hospital Center – Cedar Crest. Born in Allentown, she was the daughter of the late James A and Kathryn (Bolasky) Mahoney.

She was a 1946 graduate of Allentown High School and went on to receive her Nursing degree from Hanemann Hospital Nursing School in 1949 and a Master’s Degree from the University of Dayton. She was also an instructor at the Catholic University of America in Washington, DC. She was a lifelong officer in the U.S. Army Nurse Corps, retiring as a Colonel in 1980. While in the Army, she served at posts in Japan, Korea, Germany, Viet Nam and the United States. Rosemarie was awarded the Bronze Star while serving with a MASH unit in Viet Nam.

Calling hours 10:00 to 11:00 a.m. Saturday followed by a funeral service, all at Kohut Funeral Home, 950 N Front St, Allentown. Interment will be at Arlington National Cemetery.