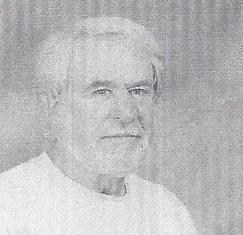 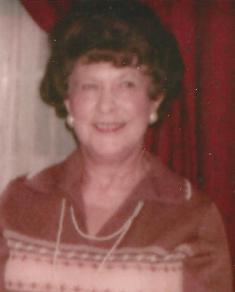 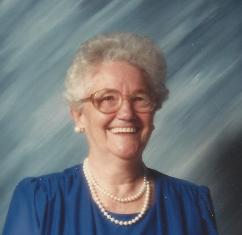 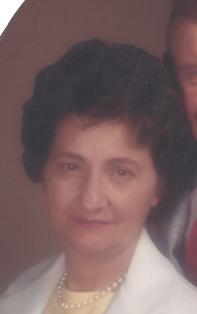 Donald E. Montoney, 89, of Allentown, died February 8, 2016 in Lehigh Valley Hospital Cedar Crest. He was the loving husband of 67 years to Esther (Yeisley) Montoney. Born in Wilkes Barre, he was the son of the late Thelma (Aton) and Melvin Montoney. He was a US Navy Veteran serving during WWII in the Pacific. Donald was an original co-owner of Dual Temp Heating and Air Conditioning Co. He was an avid Phillies fan and was fortunate to fulfill his boyhood dream of attending the Phillies spring training in Clearwater, FL for 20 years.

Services will be Private at the convenience of the family.

In lieu of flowers donations can be made in Donald’s memory to Meals on Wheels care of Kohut Funeral Home, Inc.

Stephen John Milinichik, 56, of Tulsa, OK passed away on November 6, 2015, while temporally living in Midland, TX working for the Energen Corporation.Stephen was born on August 13th, 1959 in Lehigh Valley, PA to Walter Milinichik Sr. and Tessie Clara Slavish. During his younger years Stephen enjoyed playing various sports, caddying, and weightlifting. After graduating college with a B.S. in Petroleum Engineering from Penn State University, Summa Cum Laude, he accepted a job with City Services in OK in 1983. While working with what would eventually become Oxydential Oil Company he completed his Master's in Business Administration, at Oklahoma City University, Summa Cum Laude. During his tenure with Oxydential Oil Company he spent countless years traveling the world, ranging from the Amazon, many areas of the Middle East, and large parts of Europe during which time he achieved his Project Management Professional Certification (PMP). After Oxydential, he decided to pursue a different career path and would then go on to graduate with an additional B.S. in Computer Science Engineering from the University of Central Oklahoma, Summa Cum Laude, in 2002. However, the step away did not sit well and kept him away from what he truly loved to do, which was Petroleum Engineering. Stephen was and will always be a well renowned and respected Engineer within the South and Southwest regions of America in which he devoted much of his life to. Stephen was also a member of the Owasso Masonic Lodge No. 545 A.F.& A.M. He was also a 32nd Degree Master Mason of the Tulsa A&A Scottish Rite of Freemasonry, SJ, USA, and a member of the York Right, Tulsa Chapter No. 52, R.A.M., Tulsa Council 22, C.M Trinity Commandery No. 20 Knights Templar. However, with all of his attributes and achievement's in the Oil Industry his true loves were his son Jay and his family, his father Walter and mother Tessie, and a passion for collecting rare items. He is preceded in death by both his father Walter and his mother Tessie The Family would like to express their gratitude towards: Family friend Ryan Boudreau and his Family, Jack Kean, Kevin Miller, and Ken Pugh of Energen Resources. Kiki Melhado, and the entire Blue Ridge Staff in Midland, TX.

Contributions: In lieu of flowers, donations may be made to Cookies for Soldiers at www.cookiesforsoldiers.com

George J. Mlynek, 80, of Allentown, passed away Monday, May 11, 2015. Born in Allentown, he was the son of the late Frank and Helen (Hoffman) Mlynek. George graduated from Allentown High School. He honorably served in the U.S. Army. George worked as a machinist for John Ramsey and Son for 30 years. He then opened his own shop George’s Machine Shop and worked there for 35 years before retiring. George enjoyed country music, polkas and hunting with family and friends.

A calling time will be held in the church on Tuesday May 19th 9:30-10AM with Mass of Christian Burial at 10AM all in St. John the Baptist Slovak Catholic Church 924 N. Front St. Allentown, PA 18102. Burial to follow in the parish cemetery. Arrangements care of Kohut Funeral Home, Inc.

In lieu of flowers, contributions can be made in George’s memory to St. John the Baptist Catholic Church.

Virginia A. (Kormucik) Feddor Morth, 101, of Allentown, passed away April 6, 2015 in Fellowship Manor, Whitehall. She was the loving wife of the late Francis Feddor. Born in Sproul, she was the daughter of the late Michael and Elizabeth (Onzik) Kormucik. Virginia worked for the former Zollinger’s Dept. Store. She was a member of St. John the Baptist Slovak Catholic Church.

Donald J. McMullen, Sr., 84, of Allentown, passed away March 2, 2015. He was the loving husband of the late Alice D. (Archer) McMullen. Born in Allentown, he was the son of the late George and Helen Bruni. Donald was of the Roman Catholic Faith.
Survivors: Sons, Donald J. McMullen Jr., James G. McMullen and Giordano B. McMullen; 4 Grandchildren and 4 Great Grandchildren.
A viewing will be held on Friday 10-11AM with a Service at 11AM all in Kohut Funeral Home, Inc. 950 N. Front St. Allentown. Burial to follow in Cedar Hill Memorial Park.

Sara “Sadie” R. (Brogan) Muffley, 100, of Allentown, passed away November 7, 2014. She was the wife of the late John H. Muffley. Born on December 27, 1913 in Freeland, she was the daughter of the late Patrick and Grace J. (Dennion) Brogan. She was predeceased by 13 brothers and sisters. Sara was a member of Immaculate Conception Catholic Church. Everyone enjoyed Sara’s chocolate cake, fudge and pierogies. She was a great homemaker, mother, grandmother and aunt who will be deeply missed.

A viewing will be held on Tuesday 8:30-9:45AM in the church with a Mass of Christian Burial to follow at 10AM in Immaculate Conception Catholic Church 501 Ridge Ave Allentown 18102. Burial to follow in Grandview Cemetery, Allentown.

Donations can be made in Sara’s memory to St. Luke’s Hospice or to the church care of Kohut Funeral Home, Inc. 950 N. Front St. Allentown, PA 18102.

Rosalie “Rose” T. (Ondrejca) Marrah, 98, of Allentown, passed away March 22, 2014. She was the loving wife of the late Joseph T. Marrah. Born in Allentown, she was the daughter of the late Adam and Mary (Zubaj) Ondrejca. Rose was a devoted wife, mother and grandmother. She was a member of St. John the Baptist Slovak Catholic Church.

In lieu of flowers, donations can be made to the church in Rosalie’s memory.

Lucy A. (Cuccia) Mushock, 86, of Allentown, passed away December 28, 2013. She was the loving wife of the late Michael Mushock. Born in Pottsville, she was the daughter of the late Dominic and Rose (Gerace) Cuccia. She was a member of St. Michael the Archangel Byzantine Catholic Church.

Survivors: Daughter, Cheryl Ann and husband Frank Giorgione of Bethlehem;Sister, Mae Wassel of Chester. She was predeceased by her brother- Angelo Cuccia and sister- Mary McCabe.

Services: will be Private for the family. Arrangements care of Kohut Funeral Home, Inc. Contributions: