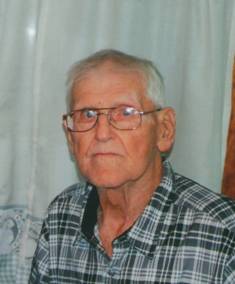 Ellen M. Morgan, 69, of Allentown died Monday, August 6, 2012 in the Good Shepherd Specialty Hospital, Bethlehem. She was the daughter of the late John Wotherspoon and Julia (Krickovitz) Boyle. She was married to the late William J. Pavlick who passed away on December 15, 2006. Ellen was employed as an inspector at Agere for 33 years until her retirement.

Services: Private and at the convenience of the family. Kohut Funeral Home, Inc is handling the arrangements.

Elizabeth “Betty” (Bandzuch) Miklovic, 90, of Allentown, passed away Thursday, March 08, 2012. She was the loving wife of the late Peter Miklovic. Born in Spisske Vlachy, Slovakia, she was the daughter of the late Alzbeta and Andre Bandzuch. Betty was a member of St. John the Baptist Slovak Catholic Church for 66 years. She was also a member of St. John’s Auxiliary and Primetime Group and was a Den Mother for the Cub Scouts. Betty enjoyed traveling to Europe and across the United States with her children and husband, Pete.

In lieu of flowers, donations can be made in Betty’s memory to the church care of the funeral home.

Alex Frank Mackiewicz (Bub) 43, of Allentown PA died Sunday November 13th at Sacred Heart Hospital in Allentown, PA. Born in Reading PA he was the son of Alex and MaryEllen Mackiewicz and brother to two sisters Christine and Andrea.

Alex was a truly blessed gift from God and brought joy, admiration and inspiration to those who knew and loved him. He had a gentle smile and sometimes a hardy laugh that softened the seriousness of his condition and would brighten any room. He enjoyed taking trips in the family suv with his parents (which we called “Bub Days”), listening to music and especially enjoyed the food his devoted mother prepared for him every day.

Survivors:
Alex is survived by his parents, Alex and MaryEllen Mackiewicz and his sisters, Christine Papic, wife of Donat and Andrea Blake, wife of Craig. He has 1 nephew and 3 nieces, Donny, Natalie, Olivia and Rachel Papic and extended family of his Uncle Richard and his wife Aunt Linda Mackiewicz and their children Stacy and Alexis.

Calling hours are from 6-8PM on Wednesday, November 16th with Parastas at 7PM in Kohut Funeral Home, Inc. 950 N. Front St. Allentown. Private viewing and Funeral Service for family members will be held at The Protection of Holy Theotokos Ukrainian Orthodox Church on Fullerton Ave.

Anna L. (Sikora) Minarovic, 91, of Allentown, passed away Thursday, August 11, 2011. She was the loving wife of the late Joseph J. Minarovic. Born in Bethlehem, she was the daughter of the late Andrew and Anna (Bacochin) Sikora. She was a member of St. John the Baptist Slovak Catholic Church.

Survivors: Sons, Raymond J. Minarovic and wife Elizabeth of Whitehall, Joseph M. Minarovic of Allentown; grandson, Ray Minarovic Jr.; one brother. She was predeceased by her son- Paul, one sister and one brother.

Walter Milinichik, 86, of Macungie, passed away Thursday, June 16, 2011 in Whitehall Manor. He was the loving husband of the late Tessie C. (Slavish) Milinichik. Born in Allentown, he was the son of the late Stefan and Ludwia (Fakady) Milinichik. Walter served in the U.S. Navy during WWII. He was a graduate of the Pennsylvania Technical Institute. Walter worked as a carpenter and a building site supervisor for L.W. Hunsicker & Co. and AP Hauser. He was a member of St. Marys Ukrainian Orthodox Church. Walter was a member of the Macungie VFW, the Macungie Fire Co., the Carpenter's Union Local #600 for over 60 years and also a honorary member of the Ukrainian American Citizens Club.

He was proud of his many building construction projects: building his own home; building and remodeling the family farmhouse, barns and garage; restoring the Luckenbach Grist Mill at Bethlehems Moravian Settlement; as Job site Superintendent: Setting the Cross in front of St. Elizabeths Roman Catholic Church, Fullerton, PA during its construction and remodeling the Ukrainian American Citizens Club. His hobbies included deer hunting, wine making, watching football and baseball.